Solar power in Australia statistics show that this form of renewable energy is a growing industry. The Australian climate offers extremely high potential for solar energy production through its vast resources and intense sunshine.

A record of 11.5 million solar panels have been installed nationally from rooftop panels and large-scale solar farms. 2018 is predicted to produce over 13 million individual solar panels. More than 10,000 people were employed directly in the sale and installation of rooftop solar panels in Australia.

Government figures show that a record of 3.5 million rooftop solar panels were installed by businesses and homes in 2017 alone. 1 in 5 homes now sell their excess energy back to the grid and more than triple the number of batteries were installed last year, than the year before. The clean energy regulator demonstrated that the average solar system size in Australia has increased by 200% due to decreasing prices and increasing technology.

South Australia has taken the gold, winning the amount of power generated with 48 percent coming from renewable sources, installing 16,042 solar panels in January this year. Queensland is leading in employment rates with 6,421 employees in construction roles.

Higher power prices and lower cost of solar technology have pushed households and businesses in Western Australia to install solar panels at a 33% increase in the last year. Despite the constant sunshine and abundance of renewable energy in Western Australia, the state still sits behind the competition in Australia.

40 interest groups headed by doctors, church groups and farmers joined forces in Western Australia to meet a target of 100% of energy to be sourced from renewable energy by 2030.  Energy Networks Australia predict that renewable energy will be at 44% by that time, aiming for the ambitious 100% regardless. Sun Wiz data revealed that ten of the nation’s top 20 suburbs adopting solar energy were in Western Australia, with Mandurah, Armadale and Wanneroo in the lead. 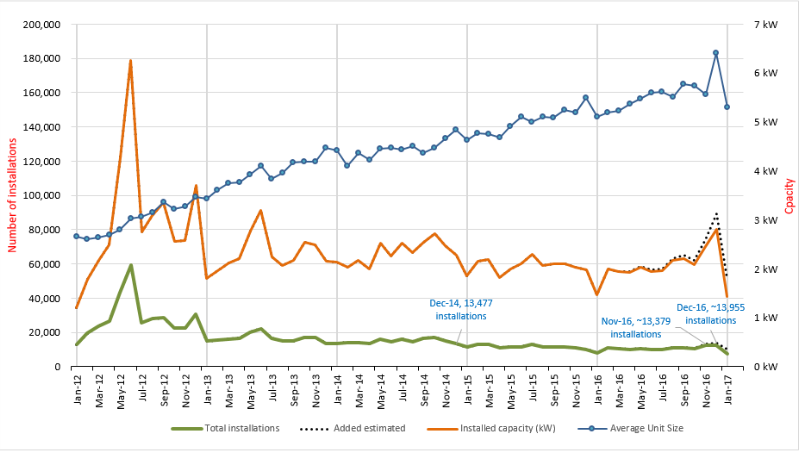 Figure 1 From the Australian Energy Council, shows the solar system installations since 2012. Since the year 2014, there has been a consistent amount of installations at 11,500 – 12,500 per month, however, the rate of the average unit size has significantly increased 15% from the previous month, reaching over 6 kilowatts by the end of 2016.
Figure 3: Solar power in Australia statistics for proportion of monthly installed solar capacity by state

As of February this year, the proportion of monthly installed Solar Photovoltaic (PV) capacity in Western Australia sits at 25.40%.
If you’re considering switching to solar energy or want to learn more, get in touch with a member of our team or get in touch at Solar Naturally Perth. 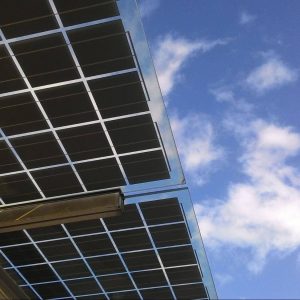